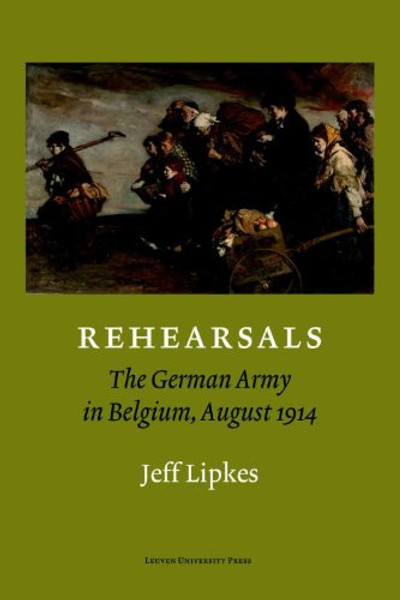 People screamed, cried, and groaned. Above the tumult I could distinguish the voices of small children. All this time the soldiers were singing. . . . Sometime after the first salvo, there was another round of fire and, once again, I was not hit. After this I heard fewer cries, save from time to time a small child calling its mother. Flix Bourdon, survivor of a mass execution in Dinant, BelgiumIn August 1914, without any legitimate pretext, German soldiers killed nearly 6,000 Belgian noncombatants, including women and children, and burned some 25,000 homes and other buildings. Rehearsals is the first book to provide a detailed narrative history of the German invasion of Belgium as it affected civilians. Based on extensive eyewitness testimony, the book chronicles events in and around the towns of Lige, Aarschot, Andenne, Tamines, Dinant, and Leuven, where the worst of the German depredations occurred. Accounts of the killing, looting, and arson have long been dismissed as atrocity propaganda, particularly in the United Kingdom and the United States. Rehearsals examines the campaign by revisionists that led to voluminous and compelling testimony about German war crimes being discredited.Recently, the case has been made that the violence that came to a peak between August 19 and August 26, 1914, was the result of a spontaneous outbreak of German paranoia about civilian sharpshooters. In Rehearsals, Jeff Lipkes offers compelling evidence that the executions were in fact part of a deliberate campaign of terrorism ordered by military authorities. In his shocking account of events that have been largely overlooked by historians of World War I, Lipkes commemorates the heroism as well as the suffering of the Belgian victims of German aggression.

Fighting the Invasion: The German Army at D-Day