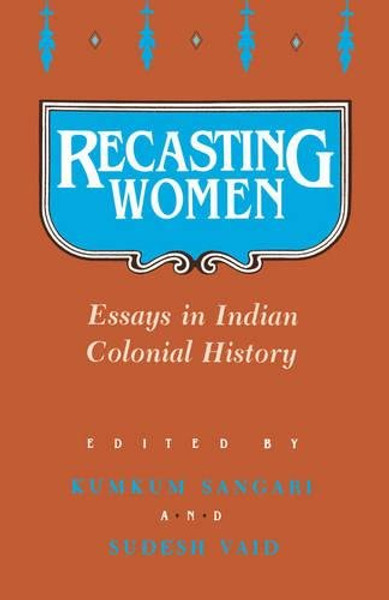 This collection fills a very long felt need, a fact which is reinforced by the generally very high quality of the contributions and the fast-growing reputation in international feminist circles of many of the authors. --Arjun Appadurai, University of Pennsylvania

The political and social life of India in the last decade has given rise to a variety of questions concerning the nature and resilience of patriarchal systems in a transitional and post-colonial society. The contributors to this interdisciplinary volume recognize that every aspect of reality is gendered, and that such a recognition involves a dismantling of the ideological presuppositions of the so-called gender neutral ideologies, as well as the boundaries of individual disciplines.

The first set of essays seeks to analyze the patriarchal discourses of a colonial society and includes an analysis of the shaping of Hindu-Aryan identity, the parameters of the discourse on widow-immolation, the defeminization of popular culture in nineteenth-century urban Calcutta, the nature of the reforms proposed by early women's journals in Hindi, and the implications of the nationalist movement and of Indo-Anglian leterature on middle-class patriarchal norms.

The second set of articles relates to women of the productive classes--the reconstitution of patriarchies in the agrarian transition in Haryana, in the Oudh peasant movement, in the armed peasant struggle in Telangana, and among the working class in Bengal. The contributors explore the interrelation of patriarchies with political economy, law, religion, and culture, and suggest a different history of reform movements, and of class and gender relations.

Colonial America: A History to 1763

On History and Other Essays