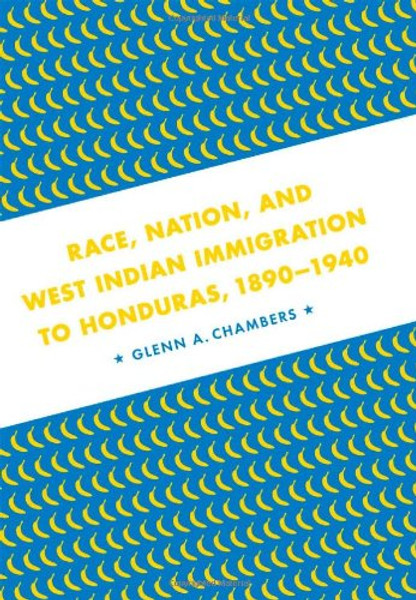 At the turn of the twentieth century, Honduras witnessed the expansion of its banana industry and the development of the United Fruit Company and Standard Fruit into multinational corporations with significant political and economic influence in Latin America and the Caribbean. These companies relied heavily on an imported labor force, thousands of West Indian workers, whose arrival in Honduras immediately sparked anti-black and anti-immigrant sentiment throughout the country. Glenn A. Chambers examines the West Indian immigrant community in Honduras through the development of the country's fruit industry, revealing that West Indians fought to maintain their identities as workers, Protestants, blacks, and English speakers in the midst of popular Latin American nationalistic notions of mestizaje, or mixed-race identity.
West Indians lived as outsiders in Honduran society owing to the many racially motivated initiatives of the Honduran government that defined acceptable immigration as white only. As Chambers shows, one unintended, though perhaps predictable, consequence of this political stance was the emergence of a clearly defined and separate West Indian enclave that proved to be antagonistic toward native Hondurans. This conflict ultimately led to animosity between English-speaking and Spanish-speaking Hondurans, as well as between West Indians and non--West Indian peoples of African descent. An all-inclusive Afro-Honduran identity never emerged in Honduras, Chambers reveals. Rather, black identity developed through West Indians' culture, language, and history.
Chambers moves beyond treatments of West Indian labor as an accessory to U.S. capitalist interests to explore the ethnic and racial dynamic of the interactions of the West Indian community with locals. In Race, Nation, and West Indian Immigration to Honduras, 1890--1940, Chambers demonstrates the importance of racial identity in Honduran society as a whole and reveals the roles that culture, language, ethnicity, and history played in the establishment of regional identities within the broader African diaspora.

Christians at the Border: Immigration, the Church, and the Bible

Covering Immigration: Popular Images and the Politics of the Nation