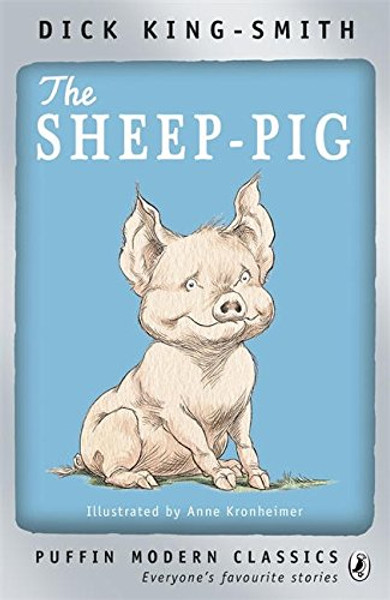 The Sheep-pig is one of Dick King-Smith's most famous tales. It shot to further fame when the film adaptation, Babe, was released in 1995. 'Why can't I learn to be a Sheep-Pig?' When Babe, the little orphaned piglet, is won at a fair by Farmer Hogget, he is adopted by Fly, the kind-hearted sheep-dog. Babe is determined to learn everything he can from Fly. He knows he can't be a sheep-dog. But maybe, just maybe, he might be a sheep-pig. 'An unexpectedly thrilling, funny charmer of a book' - Guardian 'Dick King-Smith is a huge favourite with children' - Observer ***Winner of the Guardian Fiction Award*** Dick King-Smith served in the Grenadier Guards during the Second World War, and afterwards spent twenty years as a farmer in Gloucestershire, the country of his birth. Many of his stories are inspired by his farming experiences. He wrote a great number of children's books, including The Sheep-Pig (winner of the Guardian Award and filmed as Babe), Harry's Mad, Noah's Brother, The Queen's Nose, Martin's Mice, Ace, The Cuckoo Child and Harriet's Hare (winner of the Children's Book Award in 1995). In 2009 he was made an OBE for services to children's literature. Dick King-Smith died in 2011 at the age of eighty-eight.