Presenting the Past: Essays on History and the Public 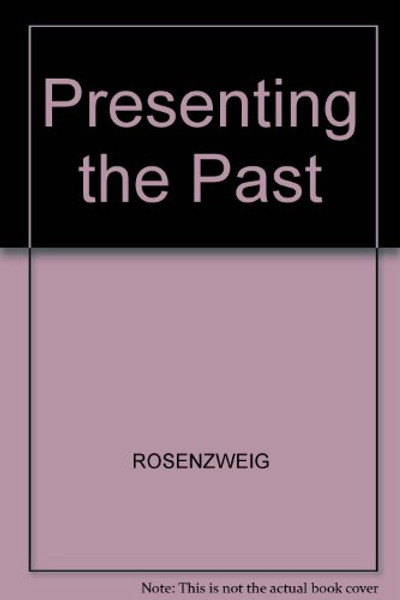 Presenting the Past: Essays on History and the Public

In recent years, history has been increasingly popularized through television docudramas, history museums, paperback historical novels, grassroots community history projects, and other public representations of historical knowledge. This collection of lively and accessible essays is the first examination of the rapidly growing field called public history. Based in part on articles written for the Radical History Review, these eighteen original essays take a sometimes irreverent look at how history is presented to the public in such diverse settings as childrens books, Colonial Williamsburg, and the Statue of Liberty,

Presenting the Past is organized into three areas which consider the role of mass media ( Packaging the Past ), the affects of applied history ( Professionalizing the Past ) and the importance of grassroots efforts to shape historical consciousness ( Politicizing the Past ). The first section examines the large-scale production and dissemination of popular history by mass culture. The contributors criticize many of these Hollywood and Madison Avenue productions that promote historical amnesia or affirm dominant values and institutions.

In Professionalizing the Past, the authors show how non-university based professional historians have also affected popular historical consciousness through their work in museums, historic preservation, corporations, and government agencies. Finally, the book considers what has been labeled peoples history oral history projects, slide shows, films, and local exhibitsand assesses its attempts to reach such diverse constituents as workers, ethnic groups, women, and gays.

Of essential interest to students of history, Presenting the Past also explains to the general reader how Americans have come to view themselves, their ancestors, and their heritage through the influence of mass media, popular culture, and public history.

Revolutions and History: An Essay in Interpretation

Digital History: A Guide to Gathering, Preserving, and Presenting the Past on the Web

On History and Other Essays