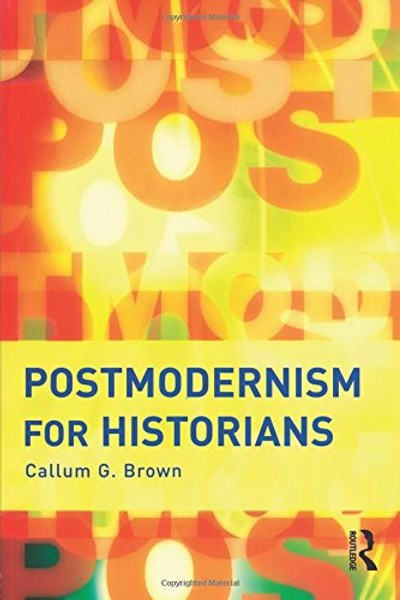 Postmodernism is an essential approach to History. This is the first dedicated primer on postmodernism for the historian. It offers a step-by-step guide to postmodern theory, includes a guide to how historians have applied the theory, and provides a review of why its critics are wrong. In simple and clear language, it takes the reader through the chain of theory that developed in the 20th century to become now, in the early 21st century, the leading stimulant of new forms of research in History.

With separate chapters on The Sign, The Discourse, Post/Structuralism, The Text, The Self, and Morality, this book will encourage a new critical awareness of Theory when reading books of History, and when writing essays and dissertations. Armed with the principal ideas of Saussure, Barthes, Foucault, and Derrida, thehistorians can formulate how to combine empirical History with the excitement of fresh perspectives and new skills, merged in the new moral impetus of the postmodern condition. Designed for the beginner this is the essential postmodern starting point.

The Truth about Postmodernism

Capitalism and the Historians

Memories of an SOE Historian