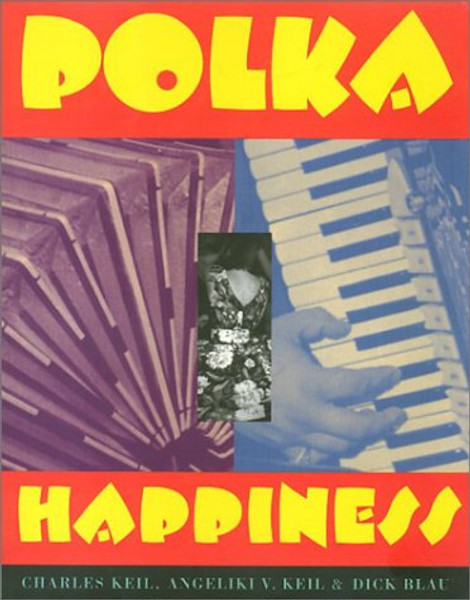 Celebrating the lively dance music that draws together generations of Polish Americans, Polka Happiness captures the energy, excitement, and shared sense of belonging embodied in polka sociability. With rich descriptive material and 150 historical and contemporary illustrations, the book focuses on the musicians, the fans and the cultural institutions that keep the polka party going. From family gatherings and weddings to local fan clubs, night spots and churches to national and regional festivals, the polka scene is a year-round carnival, full of high jinks, hilarity, ethnic pride and tears an intensely felt experience drawn from sources deep in Polish America. The testimony of musicians and fans, old timers and young enthusiasts, tells how polka culture has resisted the melting pot for more than a century. Interviews, memorabilia and photographs spotlight the stars of the polka world Li'l Wally, Walt Solek, Eddie Blazonczyk, Frankie Yankovic, the Dyna-Tones as well as the many regional favorites in Buffalo, Milwaukee and Chicago that have delighted millions of fans. Polka Happiness chronicles the immense popularity of the music in nineteenth century Europe and its enduring popularity in the United States. After tracing the history of polka's spread throughout the world, the authors focus on the emergence and intense rivalry of the Chicago and Eastern styles in the United States. The book also traces the role of the International Polka Association in establishing networks, promoting events and providing an environment in which Polish Americans can celebrate and nourish their cultural heritage. For twenty years, the authors have been part of the social world of polka music and dancing in the bars, church halls and ballrooms of Rust Belt America; their exuberant descriptions reflect the enthusiasm of wholehearted participants. Author note: Charles Keil is Professor of American Studies at State University of New York, Buffalo, and the author of Tiv Song and Urban Blues . Angeliki V. Keil is a writer and researcher and the compiler of an autobiography of Markos Vamvakaris. Dick Blau is Professor of Film at the University of Wisconsin-Milwaukee.