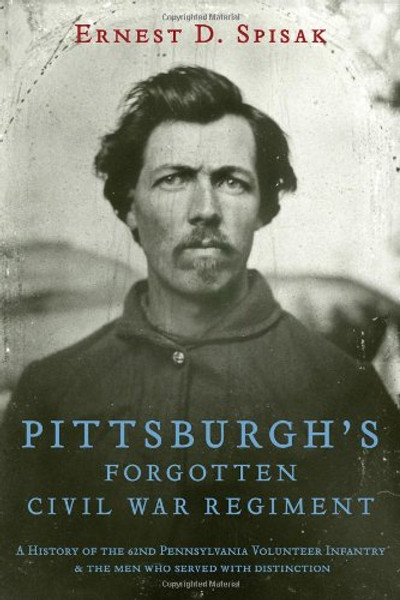 Sam Black, the Mexican War veteran they called the Bengal Tiger, fired-up the crowd in Pittsburgh's city hall that spring day in 1861 following the rebel attack on Fort Sumter. Black would be killed, leading his men in battle early in the war. But the regiment he recruited, the 62nd Pennsylvania Volunteer Infantry, would fight on through many of the major battles of the Civil War, including Gettysburg.

Author Ernest D. Spisak lets the men of the 62nd speak for themselves, describing in letters home, the hardships of long marches and camp life, the homesickness, the deaths, defeats and the victories that defined their experience in the great struggle to save the union. When the survivors returned to Pittsburgh in July, 1864, their contribution to the victory faded quickly and no comprehensive published history of their efforts was ever published until now.

The Civil War: A Concise History

The Civil War: An Illustrated History

The Civil War in Arizona: The Story of the California Volunteers, 18611865