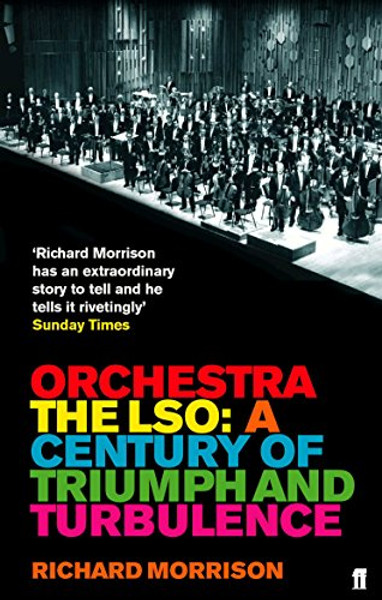 In 2004 the London Symphony Orchestra celebrated its hundredth birthday. The centenary finds the orchestra acclaimed as one of the best in the world, making music with the most charismatic conductors and soloists on the planet. In this compelling and highly praised biography, leading columnist Richard Morrison examines all sides of the LSO: from the notorious playboy era of the 1970s and the disastrous early years at the Barbican to the remarkable transformation into one of the most dazzling and ambitious arts organisations that Britain has ever produced.

'Richard Morrison has done a splendid job for the LSO. The historical facts are all here, laced with saucy criticism and spiced with anecdotes . . . a fine achievement.' Sunday Telegraph

'Owned and organised by its players, the LSO is a glorious example of teamwork in an industry of prima donnas. Richard Morrison writes enjoyably about the telepathy that binds a string section, the gesticulations that distinguish a great conductor and the schoolboy humour that enlivens rehearsals.' Observer

'Contains all the elements of a Hollywood blockbuster . . . The fact that Morrison's book is non-fiction does little to detract from the glitzy, compelling, moving and fascinating story.' Scotland on Sunday

Evenings With the Orchestra

The Philadelphia Orchestra: A Century of Music

An Orchestra Beyond Borders: Voices of the West-Eastern Divan Orchestra