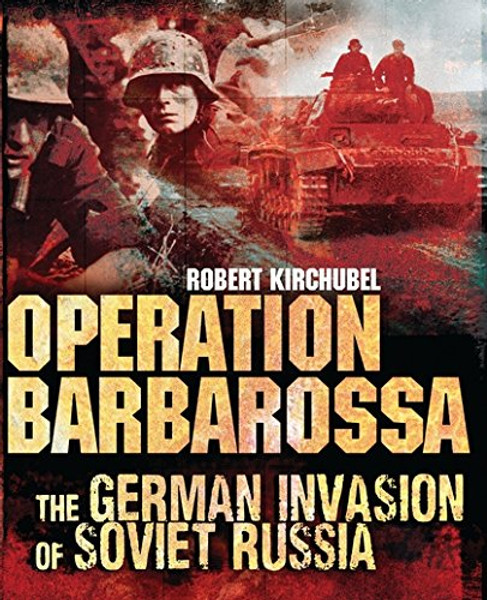 In the first 6 months of Hitler's World War II Nazi invasion, over 5 million of Stalin's Russian troops were killed, wounded, or captured defending their Motherland.

Germany's surprise assault on the Soviet Union in June 1941, Operation Barbarossa, aimed at nothing less than the destruction of the Soviet Union. Adolf Hitler saw this as the last vital step in the establishing of 'Lebensraum' for the German people in the East.
Three German Army Groups, supported by numerous European allies, poured across the Soviet border crushing all before them in a lightning campaign that threatened to eliminate all Soviet resistance and secure an easy victory. However, the vast resources and size of Soviet Russia caused the German armoured spearheads to slow and the advance finally ground to a halt within sight of Moscow itself, and with it Hitler's dreams of a quick victory.
This book combines Osprey's three Campaign titles on the Barbarossa campaign, along with new material specifically created, in order to tell the story of one of definitive campaigns of World War II.

A Century of Violence in Soviet Russia

Gangsters Encyclopedia: The World's Most Notorious Mobs, Gangs and Villains

How a Second Home Can Be Your Best Investment: New, Tax-Free Methods for Using a Vacation Home for Recreation, Retirement...AND Investment!

The America's Cup: The History of Sailing's Greatest Competition in the Twentieth Century

Down to Earth: Nature's Role in American History