Noisy Outlaws, Unfriendly Blobs, and Some Other Things That Aren't as Scary 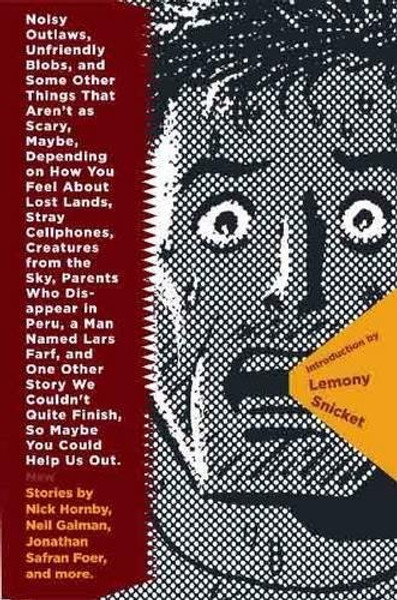 Noisy Outlaws, Unfriendly Blobs, and Some Other Things That Aren't as Scary

Interspersed with charts, graphs, and various crossword puzzles, A Book of Noisy Outlaws, Evil Marauders, and Some Other Things . . . features some of today's best authors spinning new tales ranging from the spooky to the strange. George Saunders tells the story of a father who takes caution to dangerous extremes in Lars Farf, Excessively Fearful Father and Husband. In ACES by Phone, a small boy finds a cell phone that lets him listen in on the thoughts of dogs, and in Small Country, Nick Hornby introduces a country too small for a postal system but, unfortunately for one bookish boy, just big enough for a football team. Each story features full-color illustrations by artists including Barry Blitt, Lane Smith, David Heatley, and Marcel Dzama.

Canada/US and Other Unfriendly Relations: Before and After 9/11

Alvin Ho: Allergic to Girls, School, and Other Scary Things

Changeability: Why some companies are ready for change - and others aren't (Financial Times Series)