No Place Like Home: A New Beginning with the Dogs of Afghanistan 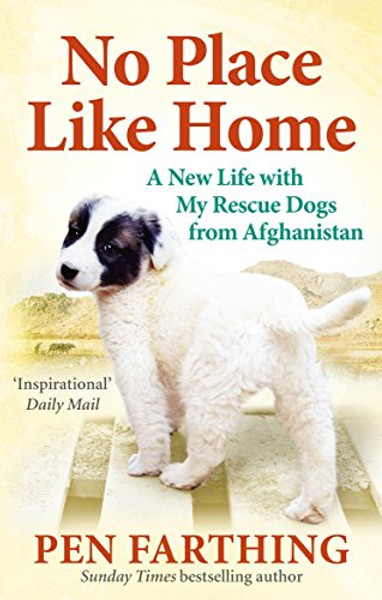 No Place Like Home: A New Beginning with the Dogs of Afghanistan

Marley and Me meets Bravo Two Zero, in this sequel to One Dog at a Time: Saving the Strays of Afghanistan

Nowzad was a gentle giant when it came to taking treats. He never, ever snatched. To me it was just further evidence that, deep inside, there was a great dog struggling to find his way out.

When Pen Farthing brings stray dogs Nowzad and Tali back from his tour of Afghanistan, little does he know what he has begun. Suddenly he has four dogs to look aftertwo of whom have never been housetrained. And soon he is inundated with requests from other Marines and soldiers to help bring their rescued dogs home. Whether it's little Helmand, Fubar, or Beardog, Pen does his utmost to give these dogs the chance they deserve. This is the story of one man's courage and persistence as he struggles to give his dogs at home, and those still in Afghanistan, the best possible chance. It will warmand breakthe hearts of dog lovers everywhere.