No Heroes: Inside the FBI's Secret Counter-Terror Force 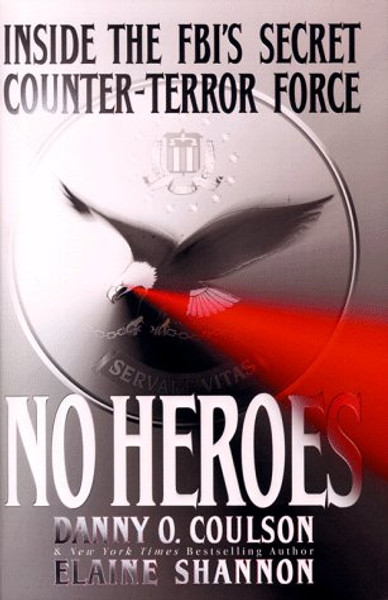 No Heroes: Inside the FBI's Secret Counter-Terror Force

Surrounding a heavily patrolled racist stronghold in the black of night, or venturing into dank tunnels underneath a prison hold by crazed rioters, an intrepid group of men challenge evil on its own turf. Under the expert leadership of Danny O. Coulson, these highly trained agents of the FBI's Hostage Rescue Team execute perilous missions in crises too volatile for SWAT teams, and in explosive situations where there are.... No Heroes Danny O. Coulson is the founder of the Federal Bureau of Investigation's Hostage Rescue Team, or HRT. In an FBI career that spans three decades, he led the arrest of Oklahoma City bomber Timothy McVeigh, convinced McVeigh's friend Michael Fortier to become the government's star witness, and has helped bring hundreds of murderous extremists and killers to justice -- from the Black Liberation Army police assassins to the treacherous white supremacist terrorists of the Order, and the Covenant, Sword and Arm of the Lord. In No Heroes, Coulson opens a long-locked door into the secretive world of the HRT, the civilian equivalent of the U.S. military's elite Delta Force. Coulson's stories spring to life with nerve-jangling electricity as he discloses the tactics and teamwork of HRT snipers, operators, negotiators, and experts in assaults, electronics and explosives. Coulson takes the reader inside famous cases and provides riveting first person accounts of such high-profile investigations as the Atlanta prison riots -- and tense showdowns including the disastrous sieges at Ruby Ridge and Waco. He sheds new light on the deadliest terrorist attack in American history -- the Oklahoma City bombing that took 168 lives -- with never-before-revealed details of the FBI's massive efforts to locate the conspirators before they struck again. Finally, Coulson exposes the frightening rise of domestic terrorism and its implications for the 21st Century. For him and the men and women who have followed him, the path to justice is never too steep, too dark or too narrow. Though equipped with high tech weapons and physically fit bodies, these agents consider their razor sharp minds to be their best weapons. They use deadly force only in defense of life. Because, when people die, there are No Heroes.

ISIS: Inside the Army of Terror

Inside Delta Force: The Story of America's Elite Counterterrorist Unit

Civilian Warriors: The Inside Story of Blackwater and the Unsung Heroes of the War on Terror