Neil Sedaka Rock 'n' roll Survivor: The inside story of his incredible comeback 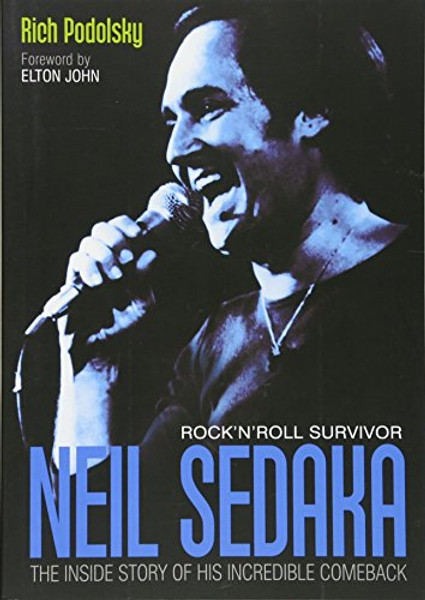 Neil Sedaka Rock 'n' roll Survivor: The inside story of his incredible comeback

From 1958 to 1963, Neil Sedaka sold 25 million records--more than anyone except Elvis Presley. He thought he could do no wrong, but a year later he was all but off the charts, swept away by The Beatles and the British Invasion--a blow he never saw coming. The deejays stopped playing his records, and the public stopped buying them. For 12 agonizing years, Sedaka battled to get back on the charts--back to respectability. He tried everything: working with hip, young songwriters, playing on demo sessions, and even enduring the rough and tumble of working men's clubs in remote corners in the UK. Then, one magical night, he performed at the Royal Albert Hall in London. His new songs, including 'Solitaire,' were greeted with thunderous applause. Shortly thereafter, Elton John offered to sign Neil to his new label, Rocket Records. Great songwriters always re-establish themselves, Elton writes in the foreword to this book. And that was it. In October 1974, 'Laughter In The Rain' showed up at number 95 on Billboard--Sedaka's first appearance on the charts in over a decade. Sixteen weeks later it reached number one. This vivid and authoritative book, written with full access to Sedaka and those closest to him, tells the absorbing story of how he overcame one obstacle after another to become the ultimate rock 'n' roll survivor

Survivor on the River Kwai: The Incredible Story of Life on the Burma Railway

Nature Wars: The Incredible Story of How Wildlife Comebacks Turned Backyards into Battlegrounds

Life on the Road: The Incredible Rock 'N' Roll Adventures of Dinky Dawson