Nazi Propaganda for the Arab World 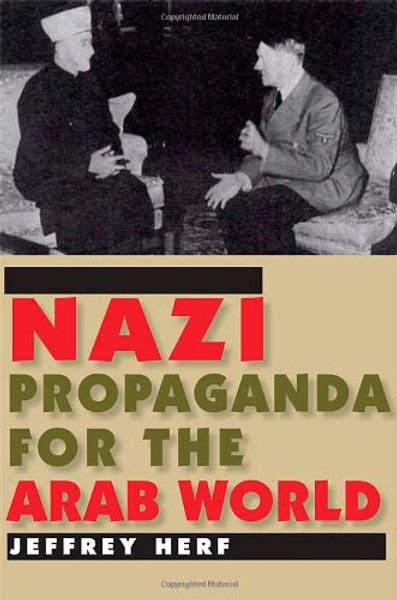 Nazi Propaganda for the Arab World

Jeffrey Herf, a leading scholar in the field, offers the most extensive examination to date of Nazi propaganda activities targeting Arabs and Muslims in the Middle East during World War II and the Holocaust. He draws extensively on previously unused and little-known archival resources, including the shocking transcriptions of the Axis Broadcasts in Arabic radio programs, which convey a strongly anti-Semitic message.

Herf explores the intellectual, political, and cultural context in which German and European radical anti-Semitism was found to resonate with similar views rooted in a selective appropriation of the traditions of Islam. Pro-Nazi Arab exiles in wartime Berlin, including Haj el-Husseini and Rashid el-Kilani, collaborated with the Nazis in constructing their Middle East propaganda campaign. By integrating the political and military history of the war in the Middle East with the intellectual and cultural dimensions of the propagandistic diffusion of Nazi ideology, Herf offers the most thorough examination to date of this important chapter in the history of World War II. Importantly, he also shows how the anti-Semitism promoted by the Nazi propaganda effort contributed to the anti-Semitism exhibited by adherents of radical forms of Islam in the Middle East today.

Nazi Propaganda for the Arab World: With a New Preface

The Iron Wall: Israel and the Arab World

The Jewish Enemy: Nazi Propaganda during World War II and the Holocaust

Beyond the Arab Spring: Authoritarianism & Democratization in the Arab World

Women, Islam, and Resistance in the Arab World