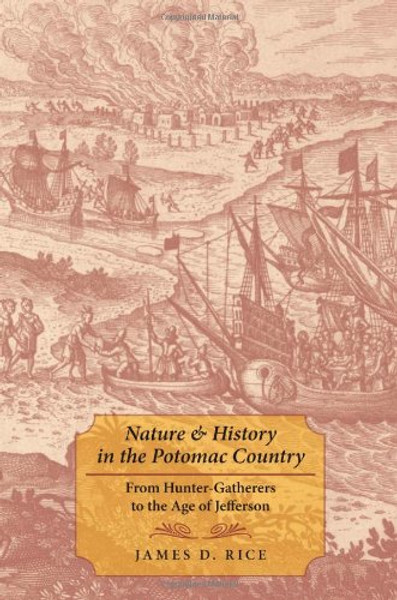 James D. Rices fresh study of the Potomac River basin begins with a mystery. Why, when the whole of the region offered fertile soil and excellent fishing and hunting, was nearly three-quarters of the land uninhabited on the eve of colonization? Rice wonders how the existence of this no mans land influenced nearby Native American and, later, colonial settlements. Did it function as a commons, as a place where all were free to hunt and fish? Or was it perceived as a strange and hostile wilderness?

Rice discovers environmental factors at the center of the story. Making use of extensive archaeological and anthropological research, as well as the vast scholarship on farming practices in the colonial period, he traces the regions history from its earliest known habitation. With exceptionally vivid prose, Rice makes clear the implications of unbridled economic development for the forests, streams, and wetlands of the Potomac River basin. With what effects, Rice asks, did humankind exploit and then alter the landscape and the quality of the rivers waters?

Equal parts environmental, Native American, and colonial history, Nature and History in the Potomac Country is a useful and innovative study of the Potomac River, its valley, and its people.

A History of Japan: From Stone Age to Superpower

The Gilded Age: A History in Documents (Pages from History)