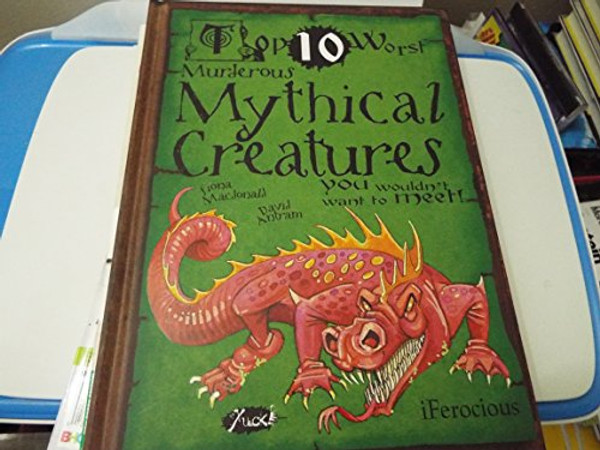 What's that noise? Is it the Thunderbird bringing doom and destruction from the skies? Or could it be the growling of the Minotaur as it paces around its labyrinth, waiting for its next victim? Find out which horrid beast ranks highest on the fear factor in this compendium of creepiness. Includes information about the historical origins of the myths in which these monsters appear and their effect on life today. The Top Ten Worst series counts down the ghastliest ghoulies, the most petrifying pirates, the angriest animals, the nastiest natural disasters, and much, much more! Colourful and humourous illustrations accompany the terrifying text, which features information on how to survive everything from the worst volcanic eruption to the world's deadliest animal. Each title explores the facts and the science behind each subject as well as looking at their impact on the world at large. Topics and subjects are put in a geographical and historical context so the reader can breathe a sigh of relief if the threat is very old or far away. Captions and speech bubbles bring the illustrations to life while 'Vital Statistics' fact boxes fill you in on all the details. All titles feature a full glossary and index, which back up the scientific and historical information found within the books.

You Wouldn't Want to Live Without Dentists!

You Wouldn't Want to Be a Pyramid Builder!: A Hazardous Job You'd Rather Not Have

Top Dog: Impress and Influence Everyone You Meet

A Roman Gladiator (You Wouldn't Want to be)