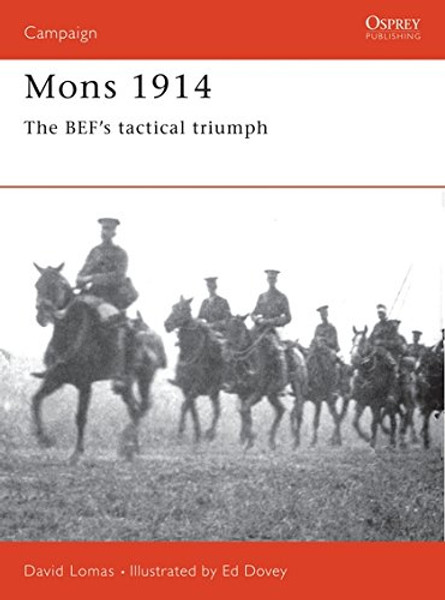 Osprey's examination of the Battle of Mons of World War I (1914-1918). When the First World War broke out in August 1914 the Imperial German Army mistakenly assumed that the BEF 'that contemptible little army' would be easily defeated. They were stopped in their tracks by the numerically inferior British force, whose excellent marksmanship cost the closed packed German ranks dear. Eventually forced to fall back by overwhelming German numbers, the British carried out a masterful fighting retreat across Belgium and northern France. At Mons, nine and a half British battalions held four German divisions at bay for an entire day. This book examines not just the battle of Mons itself but also the ensuing British retreat including the actions at Le Cateau and Villers-Cotterts.

The BEF Campaign on the Aisne 1914: In the Company of Ghosts

Crcy 1346: Triumph of the longbow (Campaign)

Agincourt 1415: Triumph against the odds (Campaign)