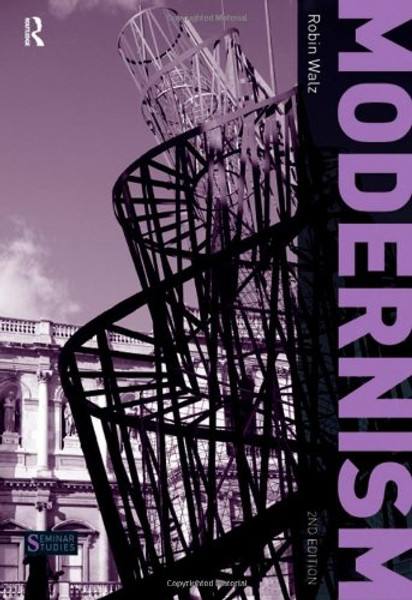 Robin Walzs updated Modernism, now part of the Seminar Studies series, has been updated to include significant primary source material and features to make it more accessible for students returning to, or studying the topic for the first time.

The twentieth century was a period of seismic change on a global scale, witnessing two world wars, the rise and fall of communism, the establishment of a global economy, the beginnings of global warming and a complete reversal in the status of women in large parts of the world.

The modernist movements of the early twentieth century launched a cultural revolution without which the multi-media-driven world in which we live today would not have been possible. Today modernism is enshrined in art galleries and university courses. Its techniques of abstraction and montage, and its creative impulse to innovate and shock, are the stock-in-trade of commercial advertising, feature films, television and computer-generated graphics.

In this concise cultural history, Robin Walz vividly recaptures what was revolutionary about modernism. He shows how an aesthetic concept, arising from a diversity of cultural movements, from Cubism and Bauhaus to Abstract Expressionism and Pop Art, and operating in different ways across the fields of art, literature, music, design and architecture, came to turn intellectual and cultural life and assumptions upside down, first in Europe and then around the world.

From the nineteenth century origins of modernism to its postmodern legacies, this book will give the reader access to the big picture of modernism as a dynamic historical process and an unfinished project which still speaks to our times.