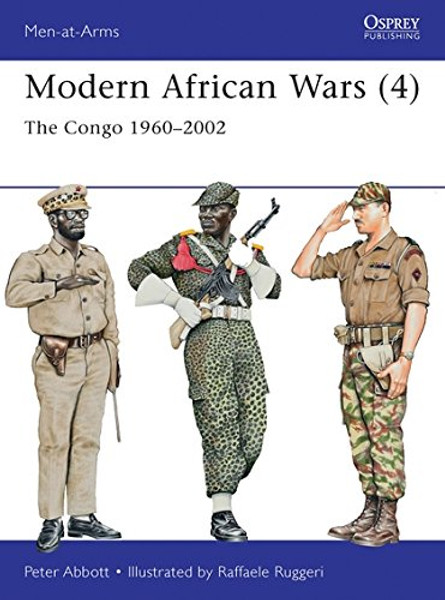 From Belgian and French paratroops to Che Guevara and CIA funded Cuban B-26 pilots, the Congo has been a hotbed of African conflict in the late 20th century.
When the colonial powers began retreating from Africa in the 1950s and 1960s, the Belgian Congo/Zaire became the bloodiest, most chaotic example of 'how not to do it', and has remained so ever since. A vast region with huge mineral wealth, abandoned in 1960 with virtually no infrastructure or functioning government, it was immediately torn by civil wars.

Many whites remained in-country, both as missionaries and to exploit the mines, and Belgian military advisors were caught up in the chaotic conflict that threatened them. White mercenary troops were hired, and in the 1960s these became famous world-wide for some dramatic rescue missions. Manipulated by mining interests, the rich province of Katanga/Shaba seceded from the Republic; Swedish, Irish and 14 other UN contingents had to intervene, and the UN Secretary General was killed there under suspicious circumstances. In the late 1960s even Che Guevara tried to stick his nose in, so the CIA got involved, providing T-28s and B-26s with mercenary Cuban exile pilots.

In the 1970s, during the ruinous 30-year dictatorship of General Mobutu, periodic rebellions required the hasty insertion once again of Belgian and French paratroops to save European lives. From the mid-1990s the country split again, becoming the battleground for the largest African war in history, as armies and rebel groups from Rwanda, Angola, Zimbabwe, Uganda, Namibia and other countries crossed into the Congo to support one side or the other, or simply to loot the rich resources. Major operations ended - or paused - in 2002, but the old hatreds and constant lure of the Congo's natural resources continue to boil over into periodic outbreaks.

Featuring specially commissioned full-color artwork and rare photographs, this is the harrowing story of the wars that ravaged Congo for four decades.

Armies of the Balkan Wars 191213: The priming charge for the Great War (Men-at-Arms)

Of Arms and Men: A History of War, Weapons, and Aggression