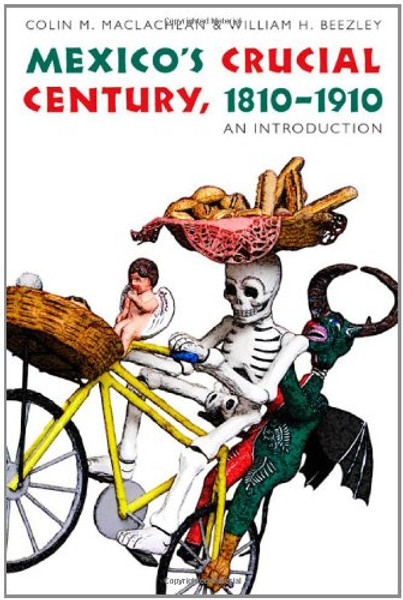 After Mexico gained its independence from Spain in 1821, it began the work of forging its identity as an independent nation, a process that would endure throughout the crucial nineteenth century. A weakened Mexico faced American territorial ambitions and economic pressure, and the U.S.-Mexican War threatened the fledgling nations survival. In 1876 Porfirio Daz became president of Mexico, bringing political stability to the troubled nation. Although Daz initiated long-delayed economic development and laid the foundation of modern Mexico, his government was an oligarchy created at the expense of most Mexicans.
This accessible account guides the reader through a pivotal time in Mexican history, including such critical episodes as the reign of Santa Anna, the U.S.-Mexican War, and the Porfiriato. Colin M. MacLachlan and William H. Beezley recount how the century between Mexicos independence and the outbreak of the Mexican Revolution had a lasting impact on the course of the nations history.

The Film Experience: An Introduction

An Introduction to Islam in the 21st Century

Mexicans in Revolution, 1910-1946: An Introduction (The Mexican Experience)