Mexico: From the Olmecs to the Aztecs (Ancient Peoples and Places) 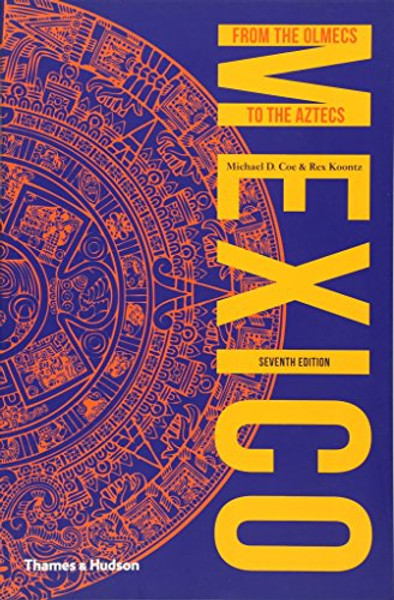 Mexico: From the Olmecs to the Aztecs (Ancient Peoples and Places)

Michael D. Coes Mexico has long been recognized as the most readable and authoritative introduction to the regions ancient civilizations. This companion to his best-selling The Maya has now been revised by Professor Coe and Rex Koontz.

The seventh edition incorporates new findings in a number of disciplines. The solution to the long-standing puzzle of the origin of maize-farming has at last been solved, and spectacular new discoveries shed light on Mexicos earliest civilization, the Olmec culture. At the great city of Teotihuacan, recent investigations in the earliest monumental pyramid indicate the antiquity of certain sacrificial practices and the symbolism of the pyramid. Expanded information on the Huastec region of the northeastern Gulf of Mexico is included, while discoveries in the sacred precinct of the Aztec capital Tenochtitlan have led to a refined understanding of the history and symbolism of this hallowed area.
182 illustrations, 20 in color

The Incas (Ancient Peoples and Places)

People of the Deer (Death of a People)

Mexicos Sierra Tarahumara: A Photohistory of the People of the Edge