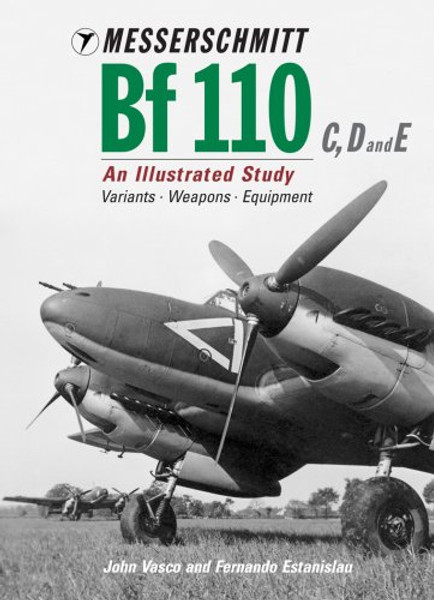 The Messerschmitt Bf 110 was the Luftwaffe s prime multi-role heavy fighter. By the time Germany invaded Poland on September 1, 1939, 10 Luftwaffe Gruppen had been equipped with this heavy fighter. However, as a long-range escort fighter, the Bf 110C received a disastrous mauling at the hands of the more nimble Hurricane and Spitfire during the Battle of Britain . Rather than protecting the bombers under escort, the Bf 110C formations usually found that they were hard-pressed to defend themselves, and the farcical situation developed in which single-seat Bf 109E fighters were having to afford protection to the escort fighters. The complete failure of the Bf 110C in the role for which it had been conceived led to its eventual withdrawal from the Channel coast but did not result in any reduction in its production priority.
Author John Vasco has researched a wealth of new material on the B, C, D and E variants of this aircraft, including many previously unpublished photographs and high-quality artwork and color profiles. This detailed examination of the aircraft will be an invaluable work of reference to historians and modelers of the Bf 110.