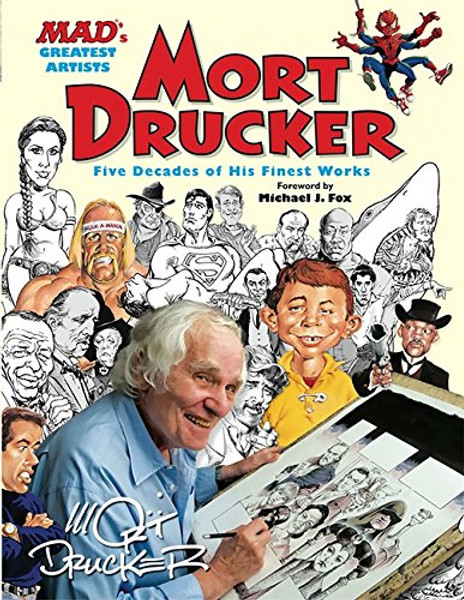 A contributor to MAD since its earliest years of the fabled Humor magazine, Mort Drucker is recognized throughout the art world as one of the greatest caricaturists of the twentieth century.

He has won numerous awards and honors including the National Cartoonists Society's prestigious Reuben Award, the Will Eisner Hall of Fame Award, and an honorary Doctor of Fine Arts degree from the Art Institute of Boston.

Drucker's most famous features are his movie and television satires. From The Godfather to Star Wars, and from Hulk Hogan to Woody Allen, he has captured our culture's most popular characters with one master stroke after another. Michael J. Fox once told Johnny Carson on The Tonight Show that he knew he had made it when Mort Drucker drew his caricature in MAD. And George Lucas personally traveled to Drucker's Long Island home to convince him to illustrate the poster for American Graffiti.
Drucker's greatest MAD works are collected here for the first time ever, hand-picked by the artist himself. It is a celebration that has been more than 55 years in the making!

The Five Most Important Questions You Will Ever Ask About Your Nonprofit Organization; Participant's Workbook [Drucker Foundation]