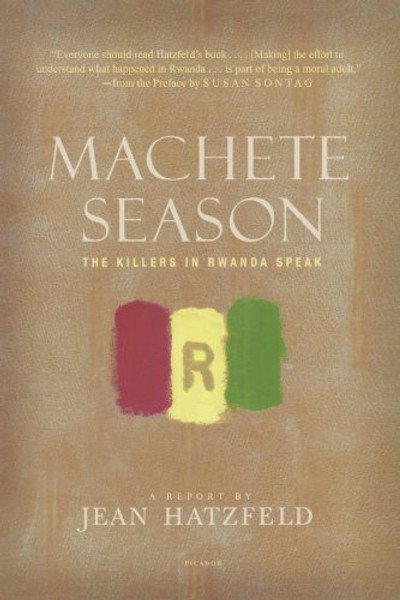 During the spring of 1994, in a tiny country called Rwanda, some 800,000 people were hacked to death, one by one, by their neighbors in a gruesome civil war. Several years later, journalist Jean Hatzfeld traveled to Rwanda to interview ten participants in the killings, eliciting extraordinary testimony from these men about the genocide they perpetrated. As Susan Sontag wrote in the preface, Machete Season is a document that everyone should read . . . [because making] the effort to understand what happened in Rwanda . . . is part of being a moral adult.

A Time for Machetes: The Rwandan Genocide - The Killers Speak

When Victims Become Killers: Colonialism, Nativism, and the Genocide in Rwanda

The Rwanda Crisis: History of a Genocide

Season of Blood: A Rwandan Journey

The Season of the Machete