Living and Breathing: Just Another Day in Vietnam 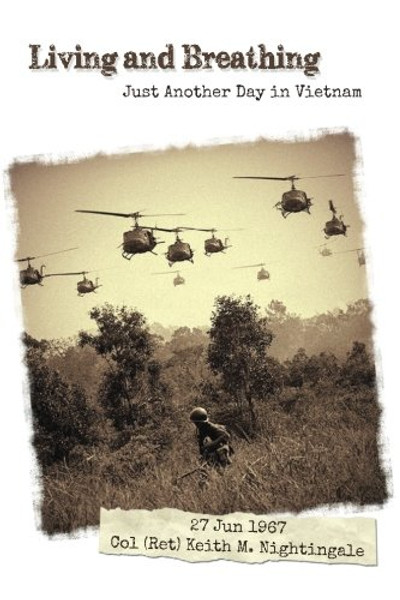 Living and Breathing: Just Another Day in Vietnam

The basis of this book is my initial introduction into combat in Vietnam as a 1st Lieutenant with the Vietnamese Ranger infantry. I was the Deputy Senior Advisor to the Vietnamese 52d Ranger Battalion located at Xuan Loc, Long Kanh Province, III Corps, South Vietnam. The book is 95 percent fact and 5 percent speculation regarding a major action the battalion fought in June of 1967 near the Dong Ngai River, War Zone D. The action begins with a Viet Cong (VC) soldier surrendering to U.S. elements in Long Kanh. He related that a VC company was building a base camp near the Dong Ngai along a stream named Suoi Long. The intelligence led the commanding general of the 18th ARVN Division to assign the task of finding and destroying the camp to the 52d Rangers. The Rangers deployed in less than 24 hours from initial notification to a Landing Zone approximately 2 kilometers from the reported base camp. The Rangers were immediately engaged and ambushed by a full strength Main Force VC battalion backed by an entire VC regiment, which quickly engaged the trapped Rangers that night and early morning. No U.S. support was available other than long range artillery. In desperation, the Ranger battalion commander, the following morning at dawn, ordered a covering assault into the attacking VC by one company to be followed by a withdrawal under pressure of the remainder of the battalion aided by more than 72 tactical airstrikes within a 45 minute period. As I regrouped into our new perimeter at around 10 a.m., I counted a total of 32 Rangers left from an original assault force of 450. During the Christmas period in December 1967, a number of Ranger prisoners held by the VC during this action were released back to our control as a good will gesture. During the debrief of the ex-POWs, they independently related that they were told by their captors that the entire action was planned at the highest level in order to trap and destroy a major South Vietnamese unit. We had no reason to doubt the authenticity of the report and this book is based on the supposition that it is true. The character of Hu, the informant, and his actions are real. The death of Gen Do, COSVN commander, and the effect of the B-52 Arc Light strike with subsequent movement into Laos, is as the former POWs related to us. The portrayal of Do and his planning briefings are conjecture. The remainder of the description is as I saw the action, the players, and the effects. For this action, the 52d Ranger Battalion was awarded a second U.S. Presidential Unit Citation, one of the very few Vietnamese units to garner two of the highest awards the U.S. can proffer upon a military unit, U.S. or foreign.

Another Day in Paradise

Just Another Hero (The Jericho Trilogy)

Another Lousy Day in Paradise