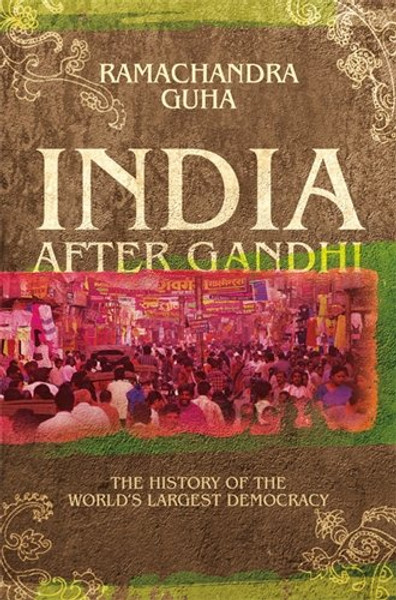 Born against a background of privation and civil war, divided along lines of caste, class, language and religion, independent India emerged, somehow, as a united and democratic country. Ramachandra Guhas hugely acclaimed book tells the full storythe pain and the struggle, the humiliations and the gloriesof the worlds largest and least likely democracy. While India is sometimes the most exasperating country in the world, it is also the most interesting. Ramachandra Guha writes compellingly of the myriad protests and conflicts that have peppered the history of free India. Moving between history and biography, the story of modern India is peopled with extraordinary characters. Guha gives fresh insights on the lives and public careers of those longserving Prime Ministers, Jawaharlal Nehru and Indira Gandhi. But the book also writes with feeling and sensitivity about lesser known (though not necessarily less important) Indianspeasants, tribals, women, workers, and musicians. Massively researched and elegantly written, India After Gandhi is a remarkable account of Indias rebirth, and a work already hailed as a masterpiece of single volume history.

The Bhagavad Gita According to Gandhi