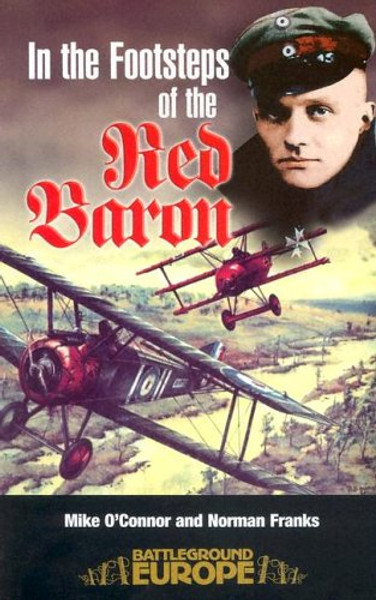 Manfred von Richthofen became a fighter pilot on the Western Front in August 1916. By January 1917, Richthofen had shot down fifteen aircraft had been appointed commander of his own unit. He painted the fuselage of his Albatros D-III a bright red and was nicknamed the Red Baron. In June 1917, Richthofen was appointed commander of the German Flying Circus. Made up of Germany's top fighter pilots, this new unit was highly mobile and could be quickly sent to any part of the Western Front where it was most needed. Richthofen and his pilots achieved immediate success during the air war over Ypres during August and September. Manfred von Richthofen was killed on 21st April 1918. Richthofen had destroyed 80 allied aircraft, the highest score of any fighter pilot during the First World War. This book is divided into three sectors of the WWI front line in which von Richthofen operated. Each area is conveniently reached within hours. Airfield sites, memorials and the graves of Manfred's famous victims are described and directions for the battlefield walker are included with information on related museums and historic sites with special association with this most famous of fighter pilots.

An Introduction to Applied and Environmental Geophysics

Infections and Inequalities: The Modern Plagues, Updated with a New Preface

Harry Potter and the Half-Blood Prince

Meditations on the Tarot: A Journey into Christian Hermeticism