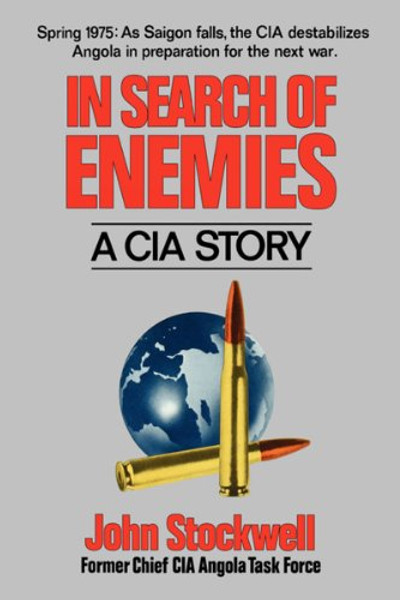 [The United States goal in Angola] was not to keep out the Cubans and Soviets but to make their imperial efforts as costly as possible to prove that, after Vietnam, we were still capable of response, however insane. It is the story that has been told, and in impressive and convincing detail, by John Stockwell, the former chief of the CIAs Angola task force. His book should not be missed. Since strategic thought survives by ignoring experience, it has a highly professional interest in avoiding accounts such as this. By the same token, all who are alarmed about the tendency toward such strategic thinking should strongly welcome Mr. Stockwells book. John Kenneth Galbraith, New York Review of Books

In Search of Enemies is much more than the story of the only war to be found when the CIA sought to recoup its prestige after the Vietnam debacle. Though no American troops were committed to Angola, only advisors, many millions were spent, many thousands died, and many lies were told to the American people, in waging a war without purpose to American vital interests and without hope of victory.

The Captain and the Enemy