In a New Land: A Comparative View of Immigration 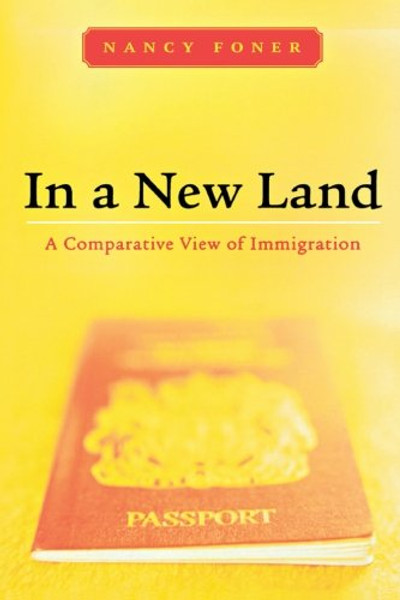 In a New Land: A Comparative View of Immigration

According to the 2000 census, more than 10% of U.S. residents were foreign born; together with their American-born children, this group constitutes one fifth of the nation's population. What does this mass immigration mean for America? Leading immigration studies scholar, Nancy Foner, answers this question in her study of comparative immigration. Drawing on the rich history of American immigrants and current statistical and ethnographic data, In a New Land compares todays new immigrants with the past influxes of Europeans to the United States and across cities and regions within the United States. Foner looks at immigration across nation-states, and over different periods of time, offering a comprehensive assessment and analysis.

This original approach to the study of recent U.S. immigration focuses on race and ethnicity, gender, and transnational connections. Centering her analysis on the groups that have come through and significantly shaped New York City, Foner compares todays Latin American, Asian, and Caribbean newcomers with eastern and southern European immigrants a century ago and with immigrants in other major U.S. cities. Looking beyond the United States, Foner compares West Indian immigrants in New York with those in London. And, more generally, the book views the process of immigrants integration in New York against other recent immigrant destinations in Europe.

Drawing on a wealth of historical and contemporary research, and written in a clear and lively style, In a New Land provides fresh insights into the dynamics of immigration today and the implications for where we are headed in the future.

The Politics of Immigration in France, Britain, and the United States: A Comparative Study (Perspectives in Comparative Politics)