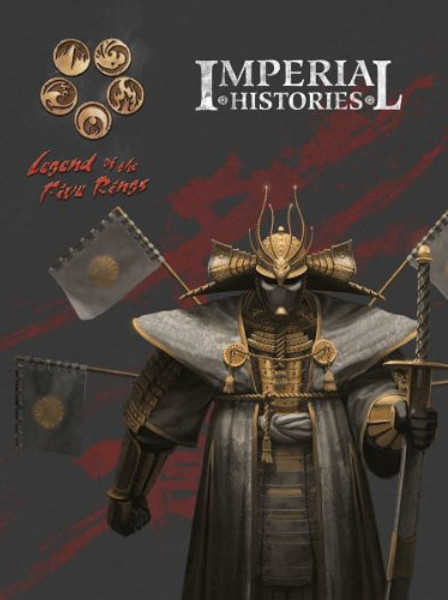 The Imperial Histories recount the triumphs of the Emerald Empire and the most noble Emperors who have lead it in shining glory. Maintained by the dutiful Miya and the devoted Ikoma families, the Imperial Histories are a testament to the Emperors unfailing leadership and the never wavering loyalty of his servants. All samurai of the empire can look upon them and be assured of the imperial family's unquestionable judgment and guidance of the Emerald Empire. At least, the official imperial histories are such. The truthmuch more interesting. The Imperial Histories pulls back the curtain on many tumultuous eras of the Emerald Empire. Revealing not only the glories of the Rokugani, but also their failings and tribulations. Providing a wealth of information for players and GMs alike, this tome serves as a resource for playing in various times of the Empire, or bringing elements of those times to your characters and campaigns.

The Troubled Empire: China in the Yuan and Ming Dynasties (History of Imperial China)

The Yamato Dynasty: The Secret History of Japan's Imperial Family