Imperial Encounters: Religion and Modernity in India and Britain 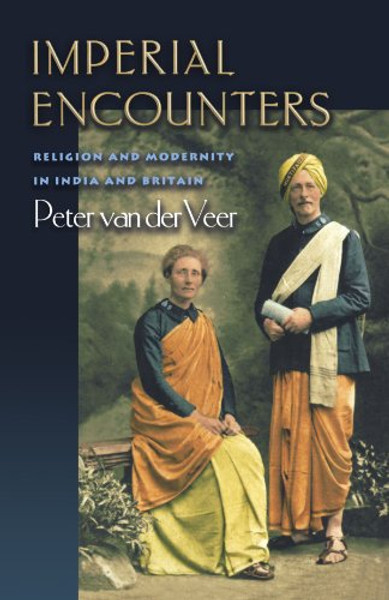 Imperial Encounters: Religion and Modernity in India and Britain

Picking up on Edward Said's claim that the historical experience of empire is common to both the colonizer and the colonized, Peter van der Veer takes the case of religion to examine the mutual impact of Britain's colonization of India on Indian and British culture. He shows that national culture in both India and Britain developed in relation to their shared colonial experience and that notions of religion and secularity were crucial in imagining the modern nation in both countries. In the process, van der Veer chronicles how these notions developed in the second half of the nineteenth century in relation to gender, race, language, spirituality, and science.

Avoiding the pitfalls of both world systems theory and national historiography, this book problematizes oppositions between modern and traditional, secular and religious, progressive and reactionary. It shows that what often are assumed to be opposites are, in fact, profoundly entangled. In doing so, it upsets the convenient fiction that India is the land of eternal religion, existing outside of history, while Britain is the epitome of modern secularity and an agent of history. Van der Veer also accounts for the continuing role of religion in British culture and the strong part religion has played in the development of Indian civil society. This masterly work of scholarship brings into view the effects of the very close encounter between India and Britain--an intimate encounter that defined the character of both nations.

Imperial and Soviet Russia: Power, Privilege and the Challenge of Modernity

Religion in Britain: A Persistent Paradox