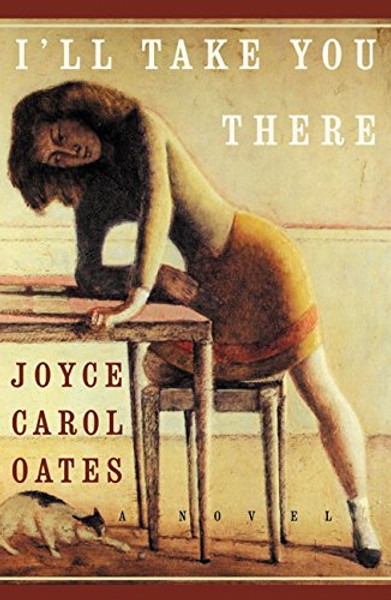 I'll Take You There is told by a woman looking back on her first years of college, at Syracuse in the 1970s. Her story, softened by the gauze of memory and the relief of having survived, nonetheless captures a harrowing ordeal of alienation and despair, heightened by a wrenching interracial love affair and her father's death.

Cursed by insatiable yearning and constant dissatisfaction, Anellia has always been haunted by her mother. With her father and brothers making her feel responsible for her mother's death, she longs for acceptance and the warmth of human compassion. When Anellia begins college, she naively seeks that compassion at a sorority house, with disastrous results. Gradually she descends to deeper levels of estrangement, until she is nearly an outcast. She is swept up in a turbulent love affair with a black philosophy student only to be abandoned. Her sense of rejection reaches a turning point when she's called away to be with her dying father.

With deftly cast philosophical meditations -- on love, death, identity, the body -- I'll Take You There is a portrait of a young woman surprised to discover strength in simply enduring. It is a thought-provoking meditation on the existential questions that arise in burgeoning adulthood, a tender evocation of the dignity and power of young love.

I'll Be Seeing You

I'll Take You There: An Oral and Photographic History of the Hines Farm Blues Club

I'll Be Seeing You: A Novel