Hitler's Bandit Hunters: The SS and the Nazi Occupation of Europe 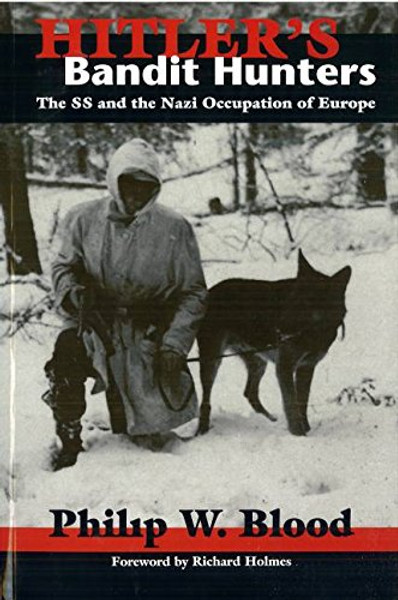 Hitler's Bandit Hunters: The SS and the Nazi Occupation of Europe

In August 1942, Hitler directed all German state institutions to assist Heinrich Himmler, the chief of the SS and the German police, in eradicating armed resistance in the newly occupied territories of Eastern Europe and Russia. The directive for combating banditry (Bandenbekmpfung), became the third component of the Nazi regimes three-part strategy for German national security, with genocide (Endlsung der Judenfrage, or the Final Solution of the Jewish Question) and slave labor (Erfassung, or Registration of Persons to Hard Labor) being the better-known others.An original and thought-provoking work grounded in extensive research in German archives, Hitlers Bandit Hunters focuses on this counterinsurgency campaign, the anvil of Hitlers crusade for empire. Bandenbekmpfung portrayed insurgents as political and racial bandits, criminalized to a greater degree than enemies of the state; moreover, violence against them was not constrained by the prevailing laws of warfare. Philip Blood explains how German forces embraced the Bandenbekmpfung doctrine, demonstrating the equal culpability of both the SS police forces and the heroic Waffen-SS combat arm and shattering the contrived postwar distinctions between them. He challenges the traditional view of Himmler as an armchair general and bureaucrat, exposing him as the driving force behind one of the most successful security campaigns in history, and delves into the contentious issue of the complicity of ordinary German police, soldiers, and citizens, as well as the citizens of occupied territories, in these state-sponsored manhunts. This book provokes new debates on the Nazi terrorization of Europe, the blind acquiescence of many, and the courageous resistance of the few.

Inside Hitler's Greece: The Experience of Occupation, 1941-44

Americans in Paris: Life and Death Under Nazi Occupation

Hitler's Army: Soldiers, Nazis, and War in the Third Reich

Nazis on the Run: How Hitler's Henchmen Fled Justice