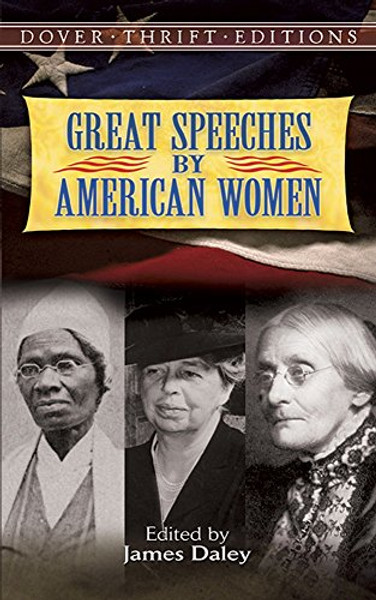 From civil rights to the right to vote, women have spoken up and spoken out throughout American history. Brimming with great power and eloquence, here aretwenty-one legendary speeches from the country's most inspirational female voices, including Jane Addams, Emma Goldman, and Hillary Rodham Clinton. Spanning the centuries from 1851 to 2007, these are the rousing words that continue to endure in our nation's consciousness.
This distinguished collection includes these American women and their speeches:Sojourner Truth, Aint I a Woman? 1851;Susan B. Anthony, On Behalf of the Woman Suffrage Amendment, 1880;Margaret Sanger, A Moral Necessity of Birth Control, 1921;Mary McLeod Bethune, A Century of Progress of Negro Women, 1933;Eleanor Roosevelt, On the Adoption of the Universal Declaration ofHuman Rights, 1948; Shirley Chisholm, People and Peace, Not Profits and War, 1969;Geraldine Ferraro, Vice Presidential Nomination Acceptance Address, 1984;Gloria Steinem, A Twenty-First Century Feminism, 2002;Nancy Pelosi, Speech Upon Her Election as Speaker of the House, 2007,and many more unforgettable speeches by spirited and influential American women.