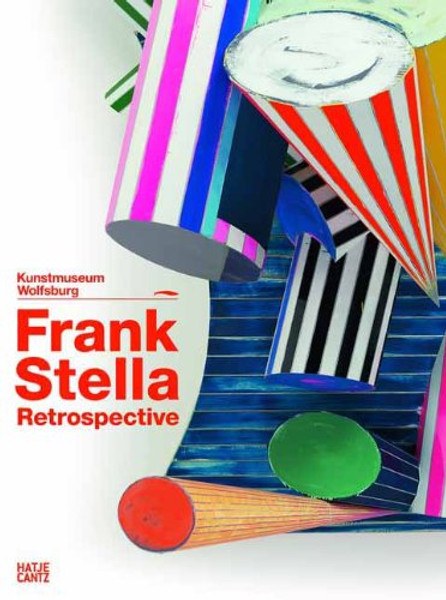 Frank Stella is abstractions greatest living champion--the artist who, more than any other, has merged abstract painting with sculpture and architecture, pursuing the implications of his what you see is what you see stance. A forceful clarity of purpose and vision has characterized his art and his career from the start: he dominated the New York art scene of the late 1950s with his Black Paintings composed of stripes, which famously helped pave the way for Minimalism, and which were exhibited in The Museum of Modern Art, New Yorks milestone exhibition Sixteen Americans, alongside Johns and Rauschenberg. In 1970 Stella became the youngest artist to receive a show at The Museum of Modern Art, by which time he had already blazed his way through several stylistic evolutions. To the surprise of many, the passionate race-car driver did not follow the seemingly inevitable route towards Minimalism, and instead followed a path that led him to ever more opulent and baroque reliefs. With this idiosyncratic turn from Minimalist to Maximalist, Stella developed into one of the boldest artists of the twentieth century.
On the occasion of Stellas comprehensive retrospective at the Kunstmuseum Wolfsburg, this massive survey celebrates the many lives of Frank Stella. It includes classic examples of each of his many periods, such as the Black Paintings, Irregular Polygons, the Protractor paintings, the Circuits series, the metal reliefs and floor sculptures of the past two decades and an ArchiSkulptur conceived by the artist exclusively for the exhibition. With more than 660 color reproductions, this volume is as ambitious and spectacular as its subject.
Frank Stella was born in 1936, to first-generation Sicilians, and grew up in a suburb of Boston. In 1954 he entered Princeton University, where he took a night class in painting and drawing. His first solo exhibition was at the Leo Castelli Gallery in 1960.

Who's in Charge (Stella Batts)