First House: The Grid, the Figure and the Void (Architectural Monographs (Cloth)) 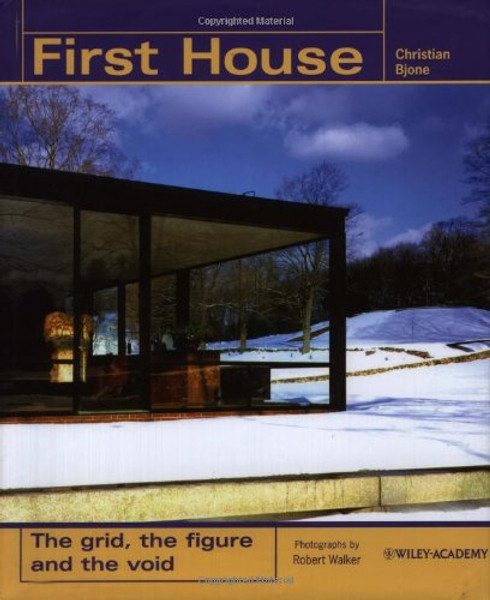 First House: The Grid, the Figure and the Void (Architectural Monographs (Cloth))

First House: the grid, the figure and the void presents a range of innovative first houses designed by a group of famous Harvard graduates from the 1930s - many of which have never been published before. These include such influential figures as Edward Larrabee Barnes, Ulrich Franzen, John Johansen, Philip Johnson, I M Pei and Paul Rudolph.

This examination shows both what these soon-to-be-famous American architects were taught by their migr Bauhaus instructors Walter Gropius and Marcel Breuer, and the development of their personal artistic vision.

Each building is accompanied by a rich collection of background period information. Artworks by American painters such as Calder, Pollock, Motherwell and Kline are incorporated as both emblems of their time and sources of design inspiration. The furniture designed and used in many of the buildings is also illustrated and ranges from the well-known work of Eames to the forgotten steel wire chairs of Landrum.

The book concludes with a review of the personalities involved in publishing these modern houses: the photographer Ezra Stoller, writer Peter Blake and historian Vincent Scully. These men also tried their hand at self-designed 'First Houses' for their own families.

This book provides an extensively researched text with previously unpublished discoveries that are tied together in a uniquely personal and emotional narrative that opens a clear view upon the designers and their time.

Draw Me a House: Architectural Ideas, Inspiration and Colouring In