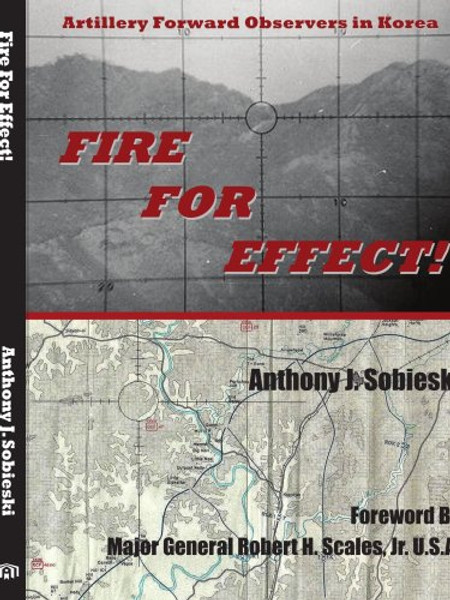 FIRE FOR EFFECT! is more than just a book about the Korean War. It is the untold history of the Korean War Artillery Forward Observer, told by the men themselves. From the earliest days of the war in 1950 through the harrowing battles of 1951 and on into the so-called ?stalemate? period of the hill battles of 1952 and 1953, into the final climactic battles before the cease fire, the Forward Observer, or FO, was there. Korea was and is known as the ?Artillery War? because more rounds were fired in Korea than in all of WWII, and it was the job of the FO to direct these rounds onto their targets. FOs are the eyes of the artillery, and the importance of their job in Korea has been largely overlooked until now. Serving as infantrymen, but not being considered one, Forward Observers lived, ate and slept on the front lines, ever ready to respond to an attack, or defend friendly troops and positions, and sometimes losing their lives doing it. The awesome responsibility and firepower that was placed on a 22 or 23 year-old lieutenant or sergeant was staggering, and after reading these first hand accounts, one can easily imagine what these young men faced on a daily basis. With over 100 interviews of Forward Observers, from all time periods and from all locations and battles of the war, the grittiness and reality of what these servicemen went through in the ?Forgotten War? is brought to life so that their deeds may be remembered for future generations, so the battlefield known as Korea and it?s veterans will not be forgotten any more.

Korea Old and New: A History