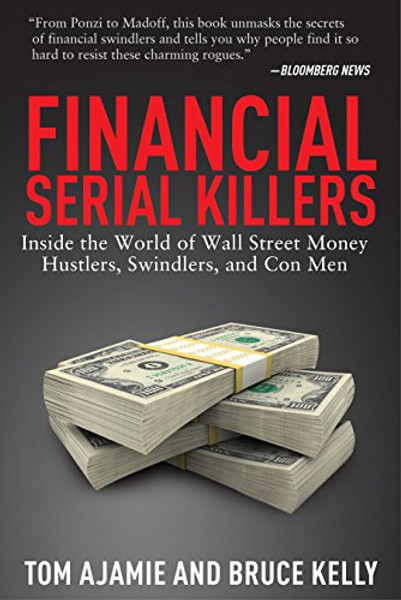 By using true tales of thieves, swindlers, and fraudsters at work, Financial Serial Killers illustrates how these perpetrators get their hooks into investors wallets, savings accounts, and portfoliosand never let go. The worst financial crisis since the great depression revealed that thousands of mom-and-pop investors had lost millions to so-called Mini-Madoffs. They are the thieves and con men who had used phony financial acumen to steal investors money, wipe out savings, and damage lives.
Financial Serial Killers reveals the cons (from the grand to picayune) advisers cultivate with their victimsrelationships that are essential to the fraud. Take the story of Lillian, the little old lady who invested with Warren Buffett, one of the richest men in the world. After her husband died, she thought her familys treasure of $24 million in stock controlled by Buffett was safe. It wasuntil a relative introduced the eighty-nine-year-old grandmother to a pair of unscrupulous insurance agents who convinced her to reinvest her savings in life insurancedecimating her nest egg while padding the agents pockets. Lillians story, as well as other accounts of deceit and fraud, is the core of Financial Serial Killers. Readers will learn how to better protect their familys wealth and savings after reading this book.

Criminal Shadows: Inside the Mind of the Serial Killer

The Ascent of Money : A Financial History of the World

Money Makers: Inside the New World of Finance and Business

The Ascent of Money: A Financial History of the World