Farming, Hunting, and Fishing in the Olmec World (Linda Schele Series in Maya and Pre-Columbian Studies) 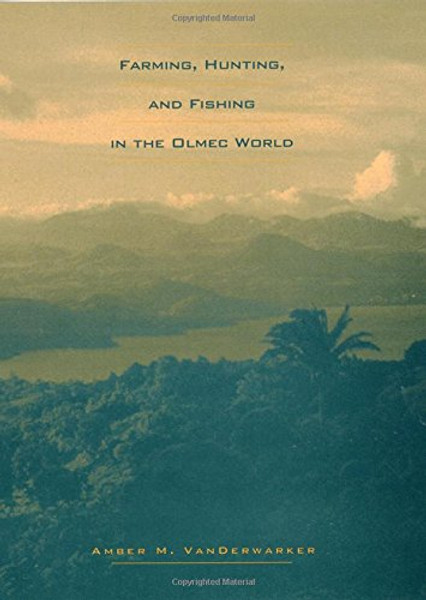 Farming, Hunting, and Fishing in the Olmec World (Linda Schele Series in Maya and Pre-Columbian Studies)

The Olmec who anciently inhabited Mexico's southern Gulf Coast organized their once-egalitarian society into chiefdoms during the Formative period (1400 BC to AD 300). This increase in political complexity coincided with the development of village agriculture, which has led scholars to theorize that agricultural surpluses gave aspiring Olmec leaders control over vital resources and thus a power base on which to build authority and exact tribute.

In this book, Amber VanDerwarker conducts the first multidisciplinary analysis of subsistence patterns at two Olmec settlements to offer a fuller understanding of how the development of political complexity was tied to both agricultural practices and environmental factors. She uses plant and animal remains, as well as isotopic data, to trace the intensification of maize agriculture during the Late Formative period. She also examines how volcanic eruptions in the region affected subsistence practices and settlement patterns. Through these multiple sets of data, VanDerwarker presents convincing evidence that Olmec and epi-Olmec lifeways of farming, hunting, and fishing were driven by both political and environmental pressures and that the rise of institutionalized leadership must be understood within the ecological context in which it occurred.

Signs of the Inka Khipu: Binary Coding in the Andean Knotted-String Records (The Linda Schele Series in Maya and Pre-Columbian Studies)

Handbook to Life in the Ancient Maya World

Hunting and Fishing from A to ZErn