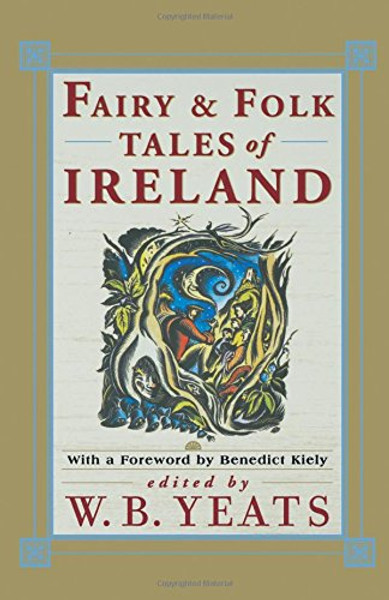 THE CLASSIC ONE-VOLUME INTRODUCTION TO IRELAND'S RICH FOLKLORE: WILLIAM BUTLER YEATS'S MAGICAL SELECTION OF TRADITIONAL IRISH FAIRY AND FOLK TALES
Fairy and Folk Tales of Ireland combines two books of Irish folklore collected and edited by William Butler Yeats -- Fairy and Folk Tales of the Irish Peasantry, first published in 1888, and Irish Fairy Tales, published in 1892. In this delightful gathering of legend and song, the familiar characters of Irish myth come to life: the mercurial trooping fairies, as ready to make mischief as to do good; the solitary and industrious Lepracaun and his dissipated cousin, the Cluricaun; the fearsome Pooka, who lives among ruins and has grown monstrous with much solitude ; and the Banshee, whose eerie wailing warns of death. More than an ambitious and successful effort to preserve the rich heritage of his native land, this volume confirms Yeats's conviction that imagination is the source of both life and art. As Benedict Kiely observes in his foreword, Yeats was seeking not for the meaning of any mystery but for what he had already determined to find...a world of the imagination...a world that fed on dreaming and not on the painted toy of grey truth.