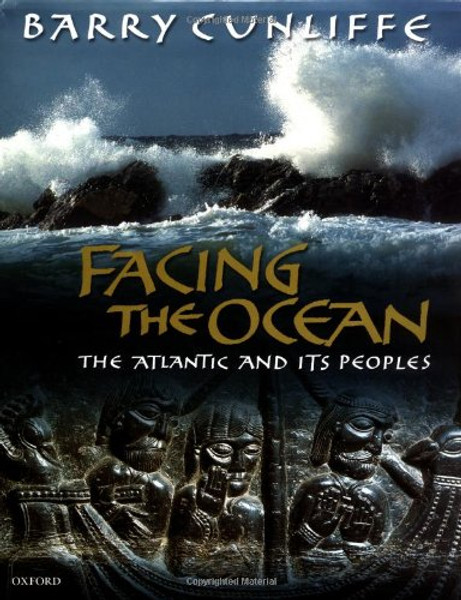 The Bretons are not French, the Celts are not English, and the Galicians are not Spanish, writes Barry Cunliffe. These maritime communities have long looked north and south along the coast, not inland, to claim a common bond. Even today, the Bretons see themselves as distinct from the French, but refer to the Irish, Welsh, and Galicians as their brothers and cousins.
In Facing the Ocean, Barry Cunliffe, one of the world's most highly regarded authorities on prehistoric Europe, offers an utterly original way of looking at that continent. He argues that the peoples of the Atlantic rim--of Iceland, Scotland, Ireland, Brittany, Spain, Portugal, and Gibraltar--all share a cultural identity shaped by the Atlantic Ocean, an identity which stretches back almost ten thousand years. These peoples lived at the edge of the world, in places called Land's End, Finistere, and Finisterra, and looked out on a bountiful but terrifying expanse of ocean, a roiling, merciless infinity beyond which there was nothing. Their profound relationship with the ocean set these communities apart from their inland countryman, creating a distinct Atlantic culture. Cunliffe culls the archaeological evidence to illuminate the bonds that developed and intensified between these isolated communities and helped to maintain a shared and distinctive Atlantic identity.
Attractively designed and vibrantly written, Facing the Ocean offers a striking reassessment of a people who have usually been regarded as peripheral to European history. It will send shock waves through the history world and will radically change our view of the European past.

Earth And Its People, 4th Edition

Route 66: The Highway and Its People

Facing Up/ Facing the Frozen Ocean