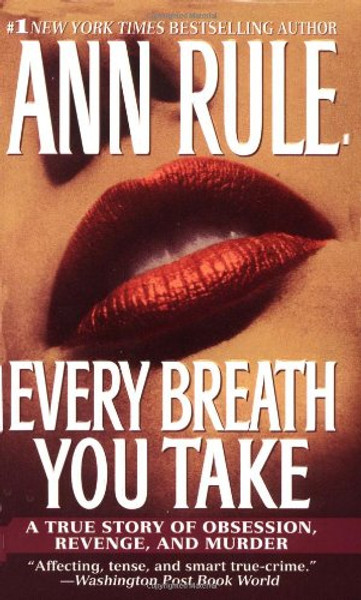 AMERICA'S #1 TRUE-CRIME WRITER FULFILLS A MURDER VICTIM'S DESPERATE PLEA -- WITH THIS SHATTERING NEW YORK TIMES BESTSELLER
If anything ever happens to me...
find Ann Rule and ask her to write my story.

In perhaps the first true-crime book written at the victim's request, Ann Rule untangles a web of lies and brutality that culminated in the murder of Sheila Blackthorne Bellush -- a woman Rule never met, but whose shocking story she now chronicles with compassion, exacting detail, and unvarnished candor. Although happily ensconced in a loving second marriage, and a new family of quadruplets, Sheila never truly escaped the vicious enslavement of her ex-husband, multi-millionaire Allen Blackthorne, a handsome charmer -- and a violent, controlling sociopath who subjected Sheila to unthinkable abuse in their marriage, and terrorized her for a decade after their divorce. When Sheila was slain in her home, in the presence of her four toddlers, authorities raced to link the crime to Blackthorne, the man who vowed to monitor Sheila's every move in his obsessive quest for power and revenge.

Fatal Jealousy: The True Story of a Doomed Romance, a Singular Obsession, and a Quadruple Murder

Unholy Matrimony: A True Story of Murder and Obsession

Every Breath You Take

Deadly Obsessions : A True Story of Mutilation and Murder in the Backwoods of Wisconsin