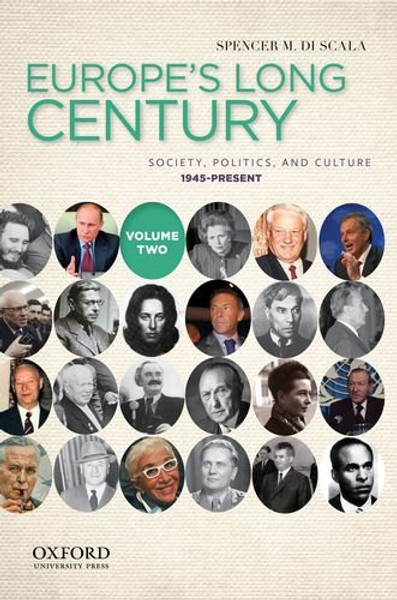 The twentieth century has been interpreted as a short century marked by extremes. According to this view, the century lasted only from 1914 to 1989 or 1991. These dates coincide with the rise and fall of communism that came to power in Russia in 1917 and ended with the fall of the Berlin wall (1989) or that of the Soviet Union (1991). Thus, the concept of a short century is unduly influenced by a Cold War perspective. In Europe's Long Century, Spencer Di Scala presents an alternative view that will be more helpful to undergraduate history students in the twenty-first-century: namely, that twentieth century Europe was actually a long century lasting approximately from 1900 to 2000 with patterns and antecedents discernible before the century began and that continue to be elaborated today.

Comprehensive, current, and affordable, Europe's Long Century integrates the histories of Eastern Europe, Scandinavia, and the Balkans that are often neglected in similar treatments. It also thoroughly covers the role of science in shaping modern European life, and the book's biographical sketches profile the lives of important--though not always well known--people who influenced Europe's long century.

The Seventies: The Great Shift in American Culture, Society, and Politics

A Brief History of Ancient Greece: Politics, Society, and Culture