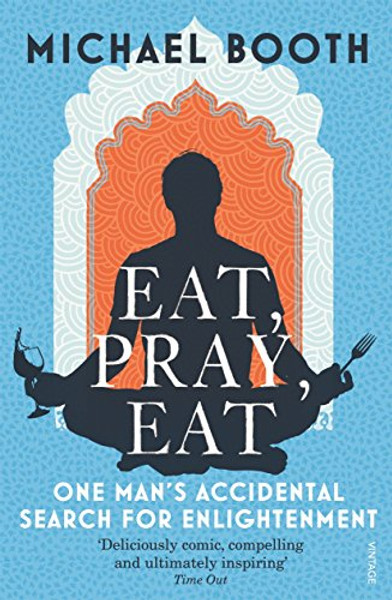 Terminally disappointed, fatally distracted and more often than not considerably the worse for wine, journalist Michael Booth really needed to make some major changes to his life. Instead, he embarks on an ambitious, self-indulgent but ultimately doomed attempt to write the definitive book on Indian food, travelling to the sub-continent with his wife and two young children in tow. They crisscross northern India, from mist-shrouded Delhi to crumbling Amritsar and the Taj Mahal, getting to grips with the people and their different cuisines along the way before journeying through Rajasthan, where they dine like maharajahs and sample the greatest lassis ever made. From here they head to Mumbai, diving into the slums of Dharavi, and dining with the locals. But along the way, Booth's plan is derailed as he spirals deeper into his metaphysical middle aged malaise. An interview with the greatest chef in India does not go to plan, and as Booth finally begins to have misgivings about his self destructive and costly appetites, he finally unravels amid the sweltering heat of the Keralan Backwaters. Fortunately, his wife, Lissen, has anticipated this eventuality and takes control. She enrolls her flabby, disintegrating husband in a hardcore yoga school, where he is pushed to the brink of breakdown - and beyond - by a young, serene yoga champion. Meanwhile, Booth stumbles upon a wise, aged meditation guru who helps him chart a secular path towards equanimity and equilibrium. But will Booth's frailties still prove his undoing? Can he conquer his demons, overcome his addictions and distractions, and face up to life once again? This funny and profound memoir is the antidote to the self-help industry. It is the story of how yoga and meditation - together with a loving family - can bring a cynical, militant atheist crack-up back from the brink, and help him forge a better way of living.

Eat the Document: A Novel