Dust to Eat: Drought and Depression in the 1930s 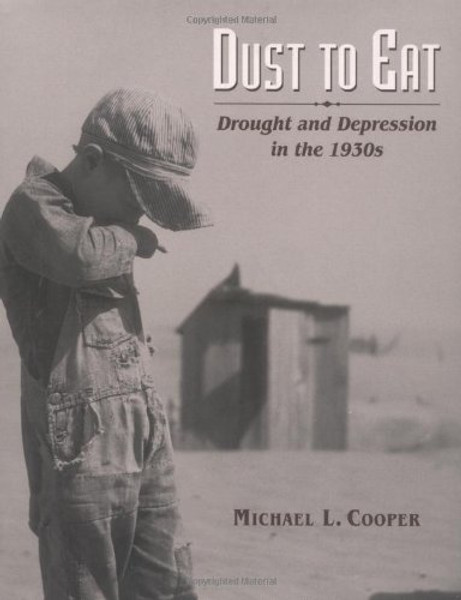 Dust to Eat: Drought and Depression in the 1930s

The 1930s in America will always be remembered for twin disasters-the Great Depression and the Dust Bowl. Michael L. Cooper takes readers through this tumultuous period, beginning with the 1929 stock market crash that ushered in the Great Depression and continuing with the severe drought in the Midwest, known as the Dust Bowl. He chronicles the everyday struggle for survival by those who lost everything, as well as the mass exodus westward to California on fabled Route 66. The crisis also served as a turning point in American domestic policy, prompting the establishment of programs, such as welfare and Social Security, that revolutionized the role of the federal government. Vivid personal anecdotes from figures such as John Steinbeck and Woody Guthrie, and an extensive selection of photographs by Dorothea Lange and others, illuminate the individuals who faced poverty, illness, and despair as they coped with this extraordinary challenge. Endnotes, bibliography, Internet resources, index.

The Depression Book: Depression as an Opportunity for Spiritual Growth

Dust Bowl: The Southern Plains in the 1930s