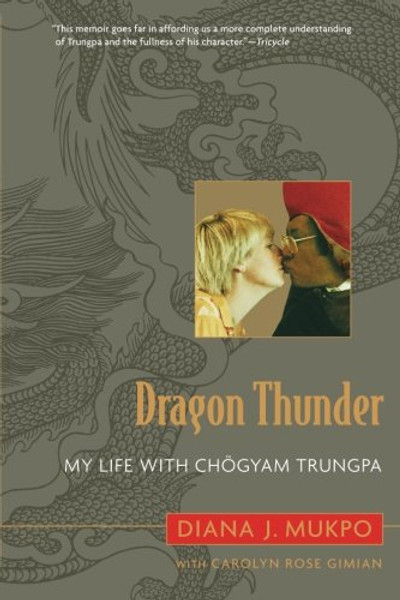 It was not always easy to be the gurus wife, writes Diana Mukpo. But I must say, it was rarely boring. At the age of sixteen, Diana Mukpo left school and broke with her upper-class English family to marry Chgyam Trungpa, a young Tibetan lama who would go on to become a major figure in the transmission of Buddhism to the West. In a memoir that is at turns magical, troubling, humorous, and totally out of the ordinary, Diana takes us into her intimate life with one of the most influential and dynamic Buddhist teachers of our time.

Diana led an extraordinary and unusual life as the first lady of a burgeoning Buddhist community in the American 1970s and '80s. She gave birth to four sons, three of whom were recognized as reincarnations of high Tibetan lamas. It is not a simple matter to be a modern Western woman married to a Tibetan Buddhist master, let alone to a public figure who is sought out and adored by thousands of eager students. Surprising events and colorful people fill the narrative as Diana seeks to understand the dynamic, puzzling, and larger-than-life man she marriedand to find a place for herself in his unusual world.

Rich in ambiguity, Dragon Thunder is the story of an uncommon marriage and also a stirring evocation of the poignancy of life and of relationshipsfrom a woman who has lived boldly and with originality.

The Tantric Path of Indestructible Wakefulness: The Profound Treasury of the Ocean of Dharma, Volume Three

Ocean of Dharma: The Everyday Wisdom of Chogyam Trungpa

The Tibetan Book of the Dead: The Great Liberation Through Hearing In The Bardo (Shambhala Classics)

My Life in My Hands

Chogyam Trungpa: His Life and Vision

The Emerson Brothers: A Fraternal Biography in Letters

Japanese At a Glance: Foreign Language Phrasebook & Dictionary (At a Glance Series)