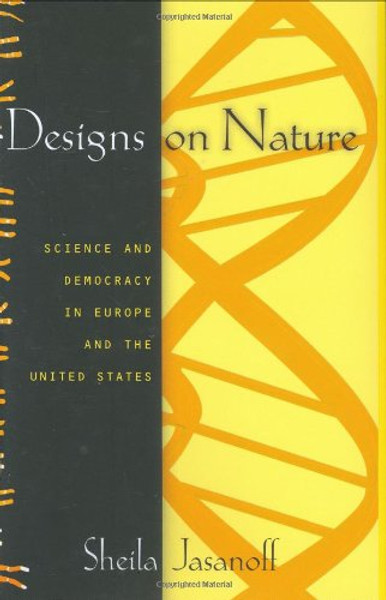 Biology and politics have converged today across much of the industrialized world. Debates about genetically modified organisms, cloning, stem cells, animal patenting, and new reproductive technologies crowd media headlines and policy agendas. Less noticed, but no less important, are the rifts that have appeared among leading Western nations about the right way to govern innovation in genetics and biotechnology. These significant differences in law and policy, and in ethical analysis, may in a globalizing world act as obstacles to free trade, scientific inquiry, and shared understandings of human dignity.

In this magisterial look at some twenty-five years of scientific and social development, Sheila Jasanoff compares the politics and policy of the life sciences in Britain, Germany, the United States, and in the European Union as a whole. She shows how public and private actors in each setting evaluated new manifestations of biotechnology and tried to reassure themselves about their safety.

Three main themes emerge. First, core concepts of democratic theory, such as citizenship, deliberation, and accountability, cannot be understood satisfactorily without taking on board the politics of science and technology. Second, in all three countries, policies for the life sciences have been incorporated into nation-building projects that seek to reimagine what the nation stands for. Third, political culture influences democratic politics, and it works through the institutionalized ways in which citizens understand and evaluate public knowledge. These three aspects of contemporary politics, Jasanoff argues, help account not only for policy divergences but also for the perceived legitimacy of state actions.

Double Standard: Social Policy in Europe and the United States

The Right to Vote: The Contested History of Democracy in the United States

The Nature of Difference: Sciences of Race in the United States from Jefferson to Genomics