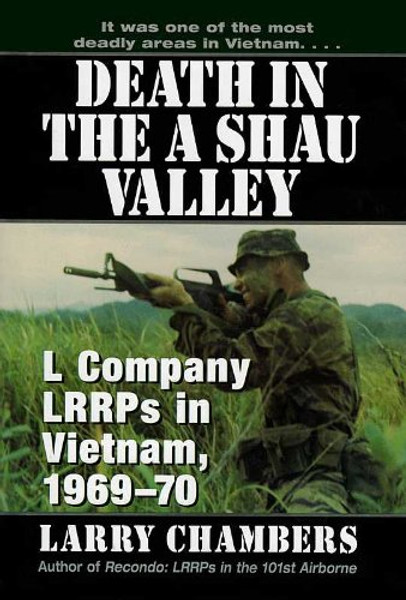 The enemy had a single purpose: kill me and my teammates. Larry Chambers was still new to Vietnam in early 1969 when the LRRPs of the 101st Airborne Division became L Company, 75th (Rangers). But his unit's mission stayed the same: act as the eyes and ears of the 101st deep in the dreaded A Shau Valley--where the NVA ruled. Relentless thick fog frequently made fighter bombers useless in the A Shau, and the enemy had furnished the nearby mountaintops with antiaircraft machine guns to protect the massive trail network that snaked through it. So, outgunned, outmanned, and unsupported, the teams of L Company executed hundreds of courageous missions. Now, in this powerful personal record, Larry Chambers recaptures the experience of the war's most brutal on-the-job training, where the slightest noise or smallest error could bring sudden - and certain - death. With the candid Chambers as your guide, you'll follow these elite units into The Nam's Central Highlands. With only five members of your team to watch your back, you'll need eyes in the back of your head. Be sure to stick with Chambers. He's your best chance for survival. In addition to Chambes' first-class storytelling, you can walk the jungle floor with glossaries o both military and radio terms, patrol techniques and even illustrations indicating LRRP hand signals used while on patrol. For a firsthand look at the men who reconned the NVA's most forbidden valley, just follow the point man

Valley of Death: The Tragedy at Dien Bien Phu That Led America into the Vietnam War

In the Company of Marines: A Surgeon Remembers Vietnam

Sanctuaries and the Sacred in the Ancient Greek World

Words of Life from John the Beloved