Daschle vs. Thune: Anatomy of a High-Plains Senate Race 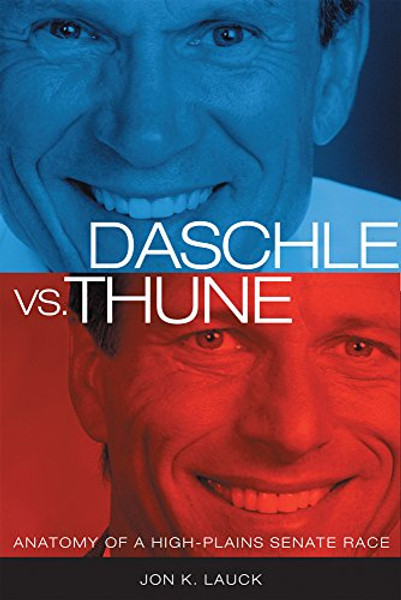 Daschle vs. Thune: Anatomy of a High-Plains Senate Race

The story behind the unseating of a Senate majority leader the race between Tom Daschle and John Thune in South Dakota was widely acknowledged as the other big race of 2004. Second in prominence only to the presidential race, the Daschle-Thune contest pitted the rival political ideologies that have animated American politics since the 1960s. In a sign of the ongoing strength of political conservatism, Daschle became the first Senate leader in fifty years to lose a re-election bid.

Historian Jon K. Lauck, a South Dakotan who was an insider during that heated campaign, now offers a multilayered examination of this hard-fought and symbolically charged race. Blending historical narrative, political analysis, and personal reflection, he offers a close-up view of the issues that divide the nationa case study of the continuing clash between liberalism and conservatism that has played out for more than a generation in U.S. politics.

Daschle vs. Thune moves beyond the nitty-gritty of public policy to deftly show how the recent past continues to shape the ongoing political battles that animate pundits and bloggers. It is a compelling story told by a writer who knows both his home ground and how it fits into the wider U.S. context.

JFK in the Senate: Pathway to the Presidency

American Eugenics: Race, Queer Anatomy, and the Science of Nationalism

Defending the Filibuster: The Soul of the Senate

The Spectacle of U.S. Senate Campaigns